There is no disagreement that we have a housing affordability problem not just in Culver City, but across the state.

Earlier this month, Governor Brown released a  report entitled California’s Housing Future: Challenges and Opportunities spelling out the nature of the problem. Remember how, in our last post, we talked about how affordability is defined by the federal government? To be affordable, it must only represent 30% of a household’s income.

These are just two ways to measure the problem, but we know there are many related consequences.  The report details other consequences:

“As affordability becomes more problematic, people “overpay” for housing, “over-commute” by driving long distances between home and work, and “overcrowd” by sharing space to the point that quality of life is severely impacted.

In extreme cases people can become homeless, either visibly on the streets or less visibly as they experience housing instability and cope with temporary and unstable accommodations.”

The housing affordability problem in California is very serious.  According to the Governor’s report:

Brown has made it clear that the way that cities use their ability to manage and plan the use of their land is the most important part of the solution, and this report is part of his effort to help educate the public.

Earlier last year, he proposed a plan to stem the housing crisis by making it easier to build houses, by eliminating local hurdles to construction.The plan would have exempted urban development projects that have at least 20% of their units set aside for low-income residents. For developments near transit, the projects would only need to have 10% of their units designated affordable to qualify.

The plan was not met with approval, the Legislature did not even vote on it.  In the proposed budget that he just released, the $400 million dollars that he proposed investing were removed.

Governor Brown remains clear in his intention. But now it looks like he is playing hardball with Californians.

“We’re not spending more on low-income housing because it’s too expensive to build.” 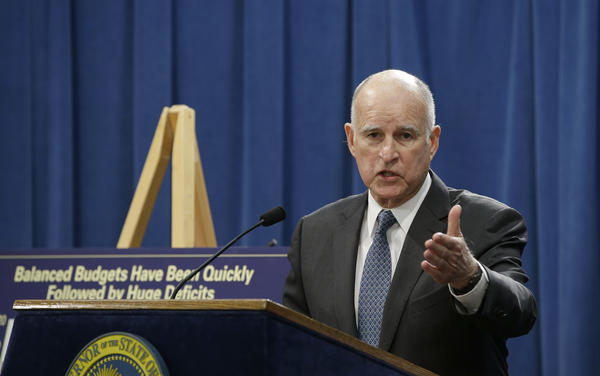 Please take a minute to visit this user friendly website  (The Cost of Affordable Housing: Does it Pencil out?). It is very helpful if you want to understand what happens when you try to make affordable housing happen without subsidies.

It’s time to pay attention, we can no longer look away.

As we prepare for the Community Conversation we must realize we are not going  to talk about where in Culver City we are going to build affordable housing.  Instead, we are going to have to focus on what other options are available to moderate the rising costs of housing.